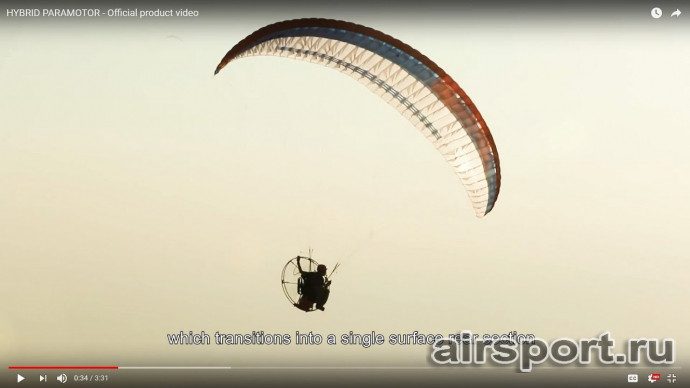 Ground breaking in design and in Flying characteristics the Hybrid Paramotor is Setting Future Standards!

TAKE OFFDue to the low weight canopy and hybrid profile design, front launch is easier than any other wing-guaranteed!During the take-off run, the Hybrid tends to center itself above the pilot due to its outstanding roll stability.

LANDINGDue to the relatively slow nature of the wing and its efficiency, the landing approach is flat and controlled. The flare is as efficient as a school wing. Landings with Hybrid become less intimidating and much safer!

ROLL STABILITYUNBELIEVABLE, it is like after every wing over, turn, bump the wing breaks the rolling motion exactly overhead! The exposed ribs act as fins which break the roll movement unlike anything else you have tried.

HANDLINGEfficient with light brake pressure! It is fun and responsive, yet requires no corrections or experience as even the sharpest turn comes directly back into straight flight.

BRAKE PRESSUREVery very low! On a classic profile, the brakes need to be applied against the internal pressure of the wing. With the Hybrid, as with single skin designs the brakes create only drag and therefore are much more efficient. This wing feels accurate and precise, the brakes are progressive and constantly transmitting the air around you.

PILOT FEEDBACKI have never flown such a wing – you must try it to believe it! 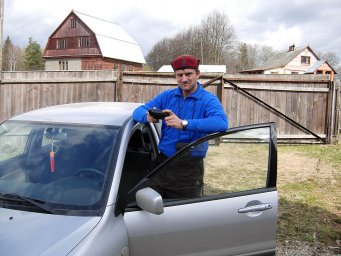 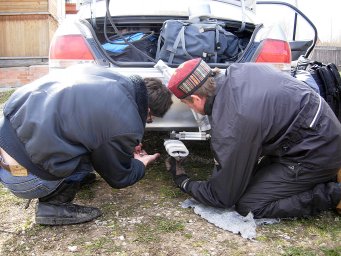